From thirteen talented Oxford writers, stories that sweep across town, gown and countryside. Featuring everything from love, lust, loss and death to tortoise and Tchaikovsky, this collection of stories will delight and enthrall all those who have a passion for Oxford.

Extract from The Sixpenny Debt

Jane Stemp who wrote the title story used to be a librarian at the University of Oxford. She is now a rare books librarian for the Royal Navy but continues to write stories against the backdrop of Oxford.

Spring in the streets of Oxford was not the alluring thing it had seemed from within doors. There was dung all over the paving and a deal of shouting in the market; but the fiddler was still there. Barty picked himself up and shook the worst of the mess from his gown; there was going to be trouble if he was reported out without a fellow-student, so he rolled it into a bundle and tucked it under one arm. For a while he leaned against the wall and listened to the fiddler, then followed him down the lane that led to St Michael’s Church and so to Corn Market street. This brought him out by Bocardo above the North Gate and Barty turned his back on it, as he always did because he would rather not think what the prison must be like inside: but then someone called his name. 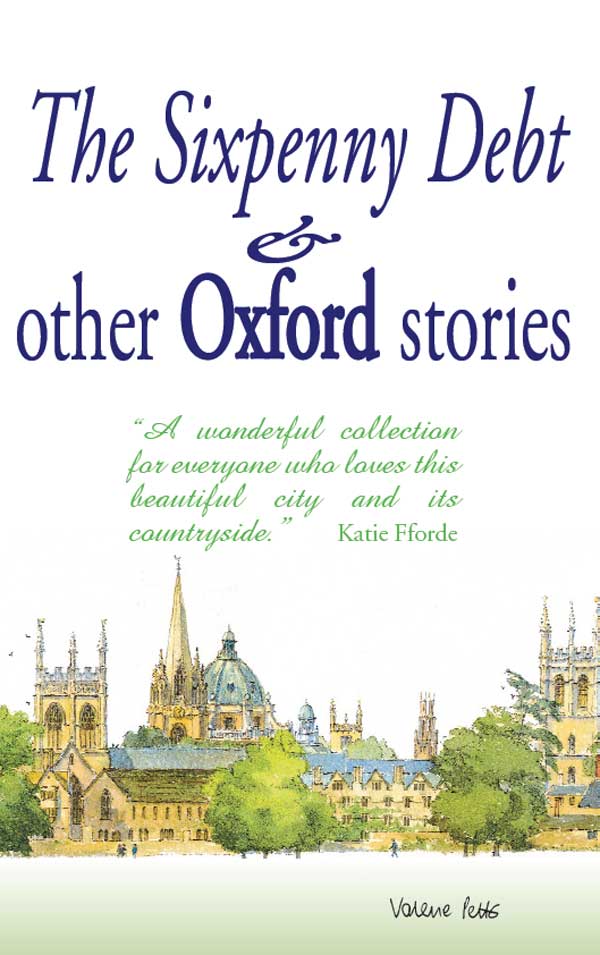