A fourth collection of tales from the OxPens writers with intrigues set in Oxford coffee shops and colleges, the old Jewish Quarter and, further afield, at Henley Regatta and the ruined hall at Minster Lovell. Experience Matilda’s escape from Oxford Castle, go back to Victorian school days where a lesson in life has to be learned, follow the strange happenings on Platform 3 and discover who the chocolate people were… In the pages of this anthology, you will find suspense, whimsy, love and intrigue, and even a touch of fear.

In the third anthology, The Bodleian Murders, there was a preoccupation with grisly ends, but our authors are showing their gentler sides this time with some of the 16 stories in The Midnight Press focusing on romance and love, requited and unrequited.

Extract from The Midnight Press

Jane Stemp’s title story, The Midnight Press, is a true recollection of the printing trade and the fight against slavery in 1800.

Out on Broad Street, Thomas’s heartbeat calmed. He took a deep breath of horse-smelling, wood-smoky air, looked carefully around in case of seeing anyone he knew, and crossed to the Turl, where James Fletcher’s printing shop was half-hidden inside the old city wall. All at once he had to dodge between two houses and hide; there was Uncle James himself, backing out of the doorway and arguing as he went.
‘No, sir, I will not publish your poem: I would not three years ago, and I will not now. Oxford is not the place for it, sir. Now, if you will excuse me, I have pressing business.’ He pulled the door abruptly shut, leaving the customer inside, and walked towards Northgate with not a glance to spare for the sunshine or the autumn leaves.
Uncle James’s printing shop was barely fourteen feet square, and the printing-presses took up most of that. As well as Margaret, there was a young man in black, white Geneva bands at his neck, and another man in the corner whom Thomas could not quite make out.
‘I’m sorry my uncle was so ungracious, sir,’ he said to the young man, who was shifting uneasily from foot to foot and clutching a bundle of papers. ‘He was late to meet my family and my other uncle at St Giles’ Fair, and he’s always cross when he’s late. Perhaps he will feel differently about your book when he comes back.’
‘I doubt it,’ the young man said. 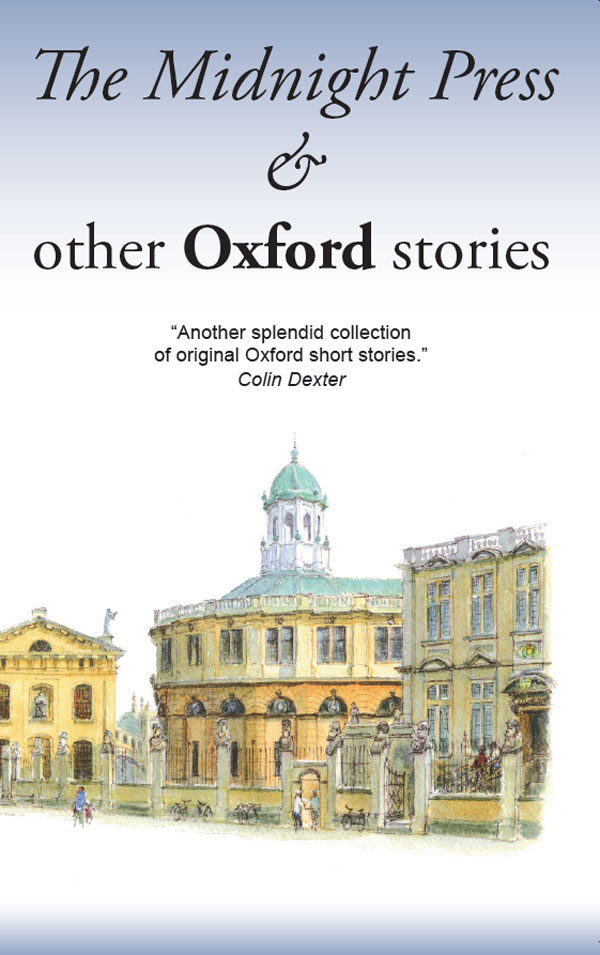